places. Chances are they're deep into the new phenomenon, Pokémon Go.

Pokémon Go, the game that takes the world by surprise is already becoming a social phenomenon in

Australia and What is this game all about?....Here is a comprehensive guide to it.

Pokémon Is a role-playing game, and you control the protagonist—originally called Red—who is on a quest

to capture all 150 pocket monsters (Pokémon) by throwing Poké Balls at them. This is ostensibly scientific

field research to catalog every Pokémon for the protagonist’s mentor, a professor. Along the way, this main

character cares for and strengthens his Pokémon by battling with other Pokémon trainers, an arch-nemesis,

some evil crooks, and the leaders of Pokémon Training centers called gyms.

your house and invites you to walk, cycle or skateboard discovering new places.

Manly is the ideal scenario to play while you move around Sydney's most beautiful suburb.

These are our very first customers of many more to come!

Guided Tour for our Taiwanese friends on a rainy & fun day! 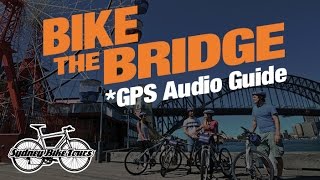